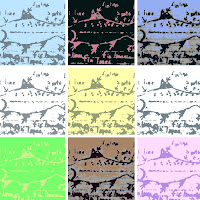 GRANTS PASS, ORE. -- Scientists examining the sudden and widespread collapse of West Coast salmon returns are pointing to the unusual changes in weather patterns that caused the bottom to fall out of the ocean food web in 2005.

NOAA Fisheries Service oceanographer Bill Peterson said the juvenile salmon that left their native rivers and entered the Pacific Ocean in 2005 found little food being transported by the California Current, which flows from the northern Pacific south along the West Coast. 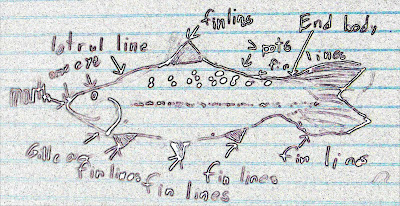 The reason was that the jet stream had shifted to the south, delaying the spring onset of winds out of the north that create a condition known as upwelling, which kickstarts the ocean food web by stirring the water from bottom to top, the agency said.

"We are not dismissing other potential causes for this year's low salmon returns," NOAA Fisheries Service Northwest Science Center Director Usha Varanasi said in a statement. "But the widespread pattern of low returns along the West Coast for (both coho and chinook) salmon indicates an environmental anomaly occurred in the California Current in 2005."

I think this is just the start. We are going to see allot change in the ocean in our lifetimes. This event is blamed on an environmental event that is out of our hands. The truth is that humanity is impacting the ocean in ways that it just can't adapt quickly enough too. Fish numbers are on a steady decline. There is some years when they are up, but over all the line on the graph is heading down. Couple an environmental event like this year with the human impact like the fish kill on the Klamouth a couple years ago and we've got trouble.

My grand father tells me stories all the time about what it was like when he was a kid. Then he tells me he and his fishing buddy only kept 100 stripers this year instead of the 300 they used to be able to catch and keep every year. They only caught 5 keeper salmon instead of the 50 they used to kill each season. The ocean and fisheries in general are fragile. If you don't believe that actions on an individual level effect the greater picture, your wrong. Everyone needs to become more conscious, more educated and more aware. Hatcheries are not the long term answer to the salmon question. It's going to take a major event to change the path we are heading down now.

Cool drawings by Noah. He's going to be a great artist.

Great to point this out. I've heard this attributed to global warming, but I'm hesitant to blame it on an easy scapegoat.

Between this and the dams on the West Coast, wild salmon will be extinct in the lower 48 in my lifetime, almost certainly.