This nine minute film is a short documentary on the flooding of Celilo Falls (Columbia River) and the subsequent demise of a way of life for a community still looking for home.


@dimonyych's Channel
Posted by El Pescador at 8:46 AM 2 comments:

The Greatest Migration from Epicocity Project

Here's the full length film from the Epicocity Project called The Greatest Migration. It's powerful. It makes you appreciate the stamina required for a long and arduous journey way upstream.
Posted by El Pescador at 2:22 AM 3 comments: 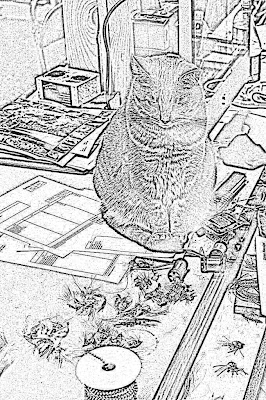 Photo and illustration by S. Stracqualursi
Posted by El Pescador at 7:58 PM 1 comment:

The Krill is Gone

“The Krill is Gone” Trailer from Bent Image Lab

As the story unfolds, we meet characters including: Emiliania Huxleyi, a Robin Leach-like plankton who is about to reveal startling new evidence on the menace of rising acidity in oceans; a shrill little krill who frets that she can’t grow another shell, when she’s not bemoaning the decline of the neighborhood since the jelly fish moved in, lured there by the toxic carbonic acid; a wise-cracking comic who cruelly jokes that the krill are losing their crunch; and a visiting celebrity named Al Ba Core, who looks suspiciously like a tuna on a mission (if only someone would listen). Have a peak at this 47 second trailer with a message.
Posted by El Pescador at 10:55 AM No comments: 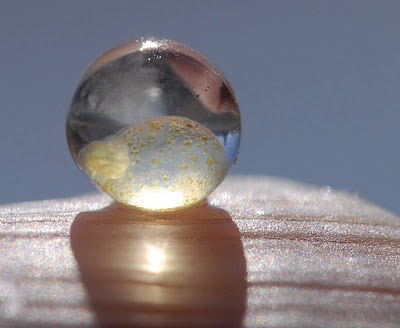 Paul Vecsei's photo - Inside the Egg (shown above) inspired me to inquire further about this particular area of his fisheries biology research. Paul obliged my questions and agreed to gather up the following series of photos that he shot of Arctic grayling eggs, developing embryos, just hatched fry and elegant parr stages. The photography is stunning. This collection literally and figuratively magnifies the powerful yet fragile transformation. Visit Fish as art's photostream for titles, captions and more; like a close up image of an adult Arctic grayling in the wild. 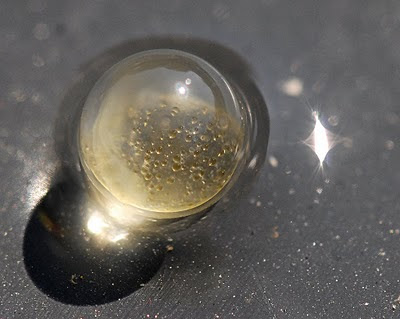 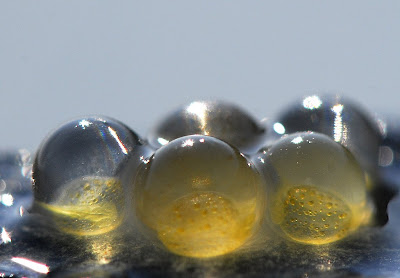 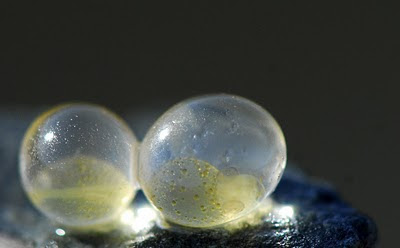 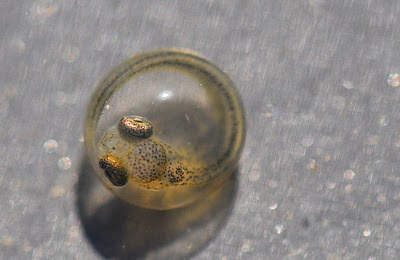 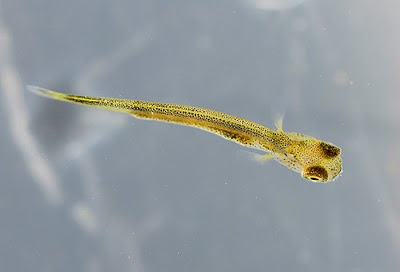 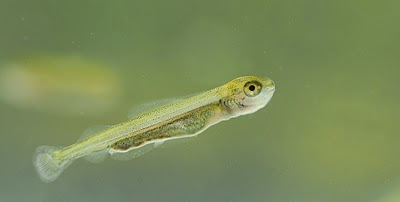 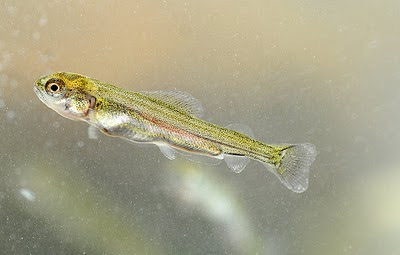 There's a new International Fly Fishing Film Festival (if4) that is planning a drift through Canada and the United States in 2011. Each screening will feature films by Gin Clear Media, Double Haul Productions, Burl Productions, Fly Max Films and more. Most of the 3 hours of planned footage per screening is not available on any DVD as of yet. Log on to flyfilmfest.com for more information about this developing piscatorial event.

The Song of Hiawatha is an 1855 epic poem, in trochaic tetrameter, by Henry Wadsworth Longfellow, featuring an Indian hero and loosely based on legends and ethnography of the Ojibwe (Chippewa, Anishinaabeg) and other Native American peoples (but not the Iroquois leader). The poem is very much a work of American Romantic literature, not a representation of Native American oral tradition, although Longfellow insisted that it was. The complete work contains 22 chapters. The following video focuses on the 8th chapter which is called Hiawatha's Fishing, a quest to capture "Mishe-Nahma, the King of Fishes."

@ CCPoem's Channel
Posted by El Pescador at 8:41 AM No comments:

Photo by Runar Kabbe
Posted by El Pescador at 11:00 AM No comments:

Meeting on the sand 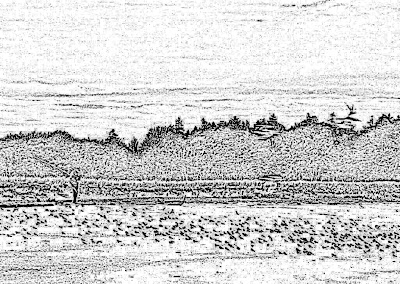 Photo and illustration by Steve Stracqualursi
Posted by El Pescador at 11:16 AM No comments:

The "Ice-Pick" Streamer from Richard Strolis on Vimeo

The Ice-Pick is a new streamer pattern from Connecticut based Farmington River guide and fly tier Richard Strolis. This pattern is a Zonker variation utilizing the new Fish-Skull by Flymen Fishing Company. Richard says that white, yellow, grizzly and orange colorways are some of his top producers. I first saw this pattern at Hatches Magazine which is home to an extensive fly tying database. Visit Richard's web site, Catching-Shadows, to learn more about his guide services. Check out his Vimeo Channel to see a growing collection of tying creativity.
Posted by El Pescador at 10:03 AM 2 comments: