Get your own - Open publication

A few of you in the Way Upstream community asked for .pdfs so here are two digital versions of the 2009 Patagonia Fly Fishing Catalog. Each one has some unique features so play around, explore and let me know what you think. The Issuu and Yudu tool bars are very straightforward. Huge thanks goes out to the Marketing and Creative groups for their efforts in making this happen. A special high five goes to Brian Bennett for undertaking the digital experimentation. Note that this catalog does not highlight every available fishing product so visit http://www.patagonia.com/flyfishing to see it all.

"Mr. Sea Trout" aka "mar Sea Bass" - Runar Kabbe hunts for "The Silver of the Sea" in Sweden, Denmark and Norway. Check out the two minute trailer for the Norwegian DVD - Salt Sjøørret på flue. The full feature is scheduled to be released February 12, 2009. This movie promises to be packed with tips of the sea trout trade along with the Scanout style of fishing entertainment you'd expect from this group of core anglers. www.scanout.com 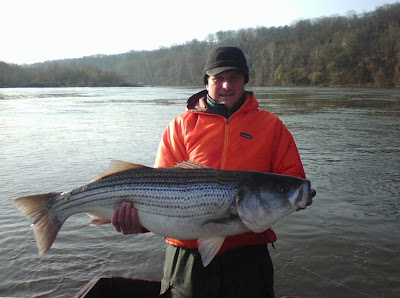 On January 20th, the fishing and hunting world lost of one if it’s great champions to a courageous battle with kidney cancer.

Jim Range was bigger than life, a modern day Daniel Boone, always wearing a big smile over his Eastern Tennessee drawl while delivering blunt, straight-shooting rhetoric. His frontier was modern day politics. He led the charge to enhance and protect habitat, fish and wildlife.

Jim’s finely honed political savvy evolved from his being Chief Legal Counsel to Senate majority leader Howard Baker back in the 70’s, his subsequent efforts with legal firm Baker Donelson and his Chairmanship of Theodore Roosevelt Conservation Partnership. His association with a litany of Boards that address fishing and hunting issues ran the gamut from Ducks Unlimited and Trout Unlimited to American Sportfishing Association and American Fly Fishing Trade Association. He was equally at home on the Hill in Washington, DC as he was in Craig, MT.

Jim’s passion for the outdoors led him to numerous hunting fields and fishable waters on every part of the globe. The world is much brighter for us because of this great soul. Godspeed Jim.

Contribution by Bill Klyn
Posted by El Pescador at 2:22 AM 7 comments: 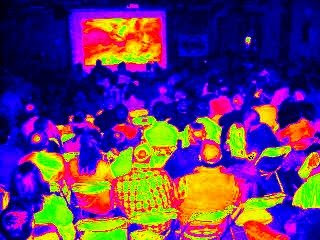 The Cleanest Line® is a design ethic and guiding principle that we strive for in order to create the most streamlined, efficient and comfortable fishing gear available. While others have been caught up in a frenzy of adding more zippers, pockets and doo-dads, we strive for less. Less weight. Less hassle. Less line-snagging add-ons. With everything we make, our goal is to carve away the unnecessary, sharpen the utility of what’s needed and strive to build/deliver our products in harmless fashion. It’s another way of saying what we’ve believed all along – great gear disappears. Visit Patagonia Fishing and click around to see what's new for 2009. In addition to gear, note the new fishing ambassador pages and a host of content that we plan to refresh with some regularity (conservation, videos, field reports, and more). Have a look Way Upstream community and tell me what you think.

Release photo by Tim Pask
Posted by El Pescador at 2:22 AM 6 comments: 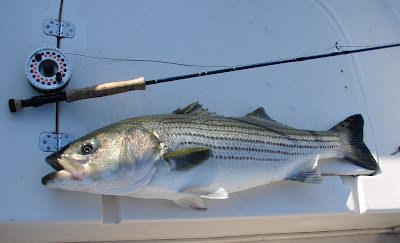 Our friends at Moldy Chum have begun the process of selecting their prestigious Slab of the Year award winner. 10 Slab of the Month winners have been loaded into a Moldy Chum poll widget and they're ready to narrow the field down to 4 finalists. Vote for your top 4 on the sidebar and they'll load the winners for a final SOTY showdown next week. Note that Way Upstream's very own El Pescador is in the running (dead last) as the September SOTM winner (above). Congratulations to all the 2008 SOTM winners. Cast your votes and may the best slab win. 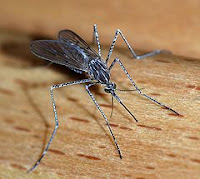 Menhaden have been surrounded in controversy for over a hundred years. Some contend that this fish is a critical component of the ocean food chain and that stocks are being depleted thus affecting a vast collection of dependent species negatively. Others claim that this is an abundant resource (though declining) and that it is being managed and harvested responsibly. Menhaden are used for commercial bait, processed for their oil (Omega 3), made into cat food and fertilizer. The scales are used in cosmetic products. One afternoon I was out fly fishing with Capt. Scott Howard and we came across purse seiners working a net full of menhaden close to Scarborough Beach. It was pretty interesting to watch the crews tend to the nets as the haul was vacuumed on board one of the boats. The one and a half minute video documents the event. I remember being struck by the look of the pink effluent coming out the side and thinking, man I wouldn't want to be surfing in that slick...and...aren't these boats a little close to shore? ><{{{"> 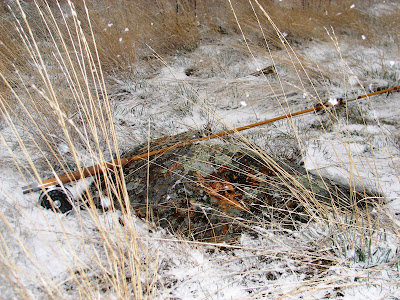 Photo by El Pecador
Posted by El Pescador at 3:11 PM No comments: