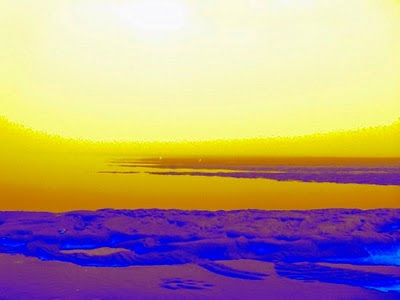 Illustration by Steve Stracqualursi
Posted by El Pescador at 5:31 AM No comments:

Here's a 30 second public service message from the State of Hawaii Department of Transportation that deals with a less newsworthy yet equally devastating kind of oil spill. Fortunately this kind of oil spill doesn't require corporations and governments to figure out how to prevent or stop it. The solution for this one is in our hands.
Posted by El Pescador at 12:42 PM 2 comments:

One on the books 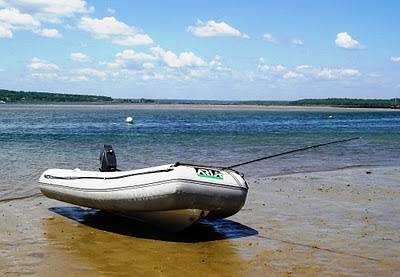 I just went on an exploratory striper mission with my friend Joe Z. The plan was to put his inflatable in and run around the typical spots to see how the sand bars may have changed. The engine fired up on the second pull which we took as a good sign. Water clarity was excellent and the flats looked to be in very good condition. I noticed an occasional surface disturbance but minimal signs of aquatic life, other than a few crabs. We motored our way up to a spot deep on the inside due to a steady onshore and tossed our patterns into the outgoing flow. I managed to catch a striper with my Coyote Crab but that would be the only one on the books for the short session. We snaked our way back through the low tide and considered ourselves successful. Our season is underway. 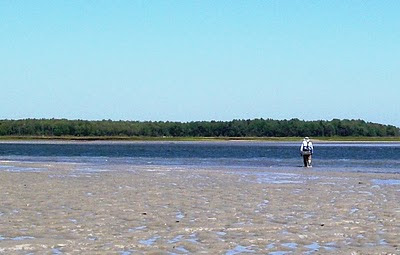 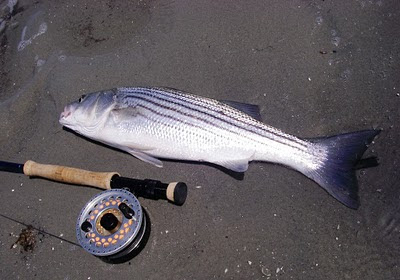 Photos by Steve Stracqualursi
Posted by El Pescador at 4:51 AM 3 comments: 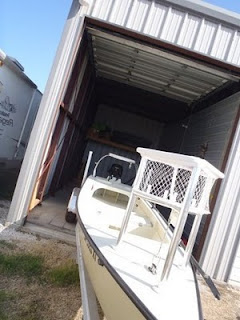 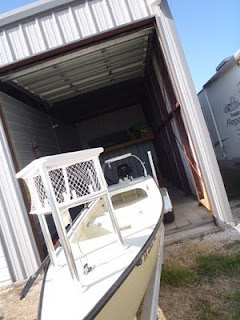 I received some pictures from Mike Thompson about two weeks ago. They were from a Texas redfish session with Capt. Billy Trimble. Mike has been dialing in his new micro skiff poling platform and since I've been following the developments I thought it would be worth sharing some of the shots. Have a look and if you ever get the chance to spend time on the water with either of these guys I think you'll find the experience memorable. Here's a link to the ceviche recipe (lunch) shown below as well. 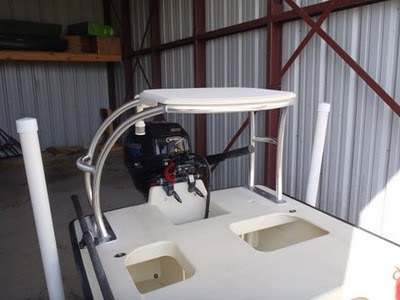 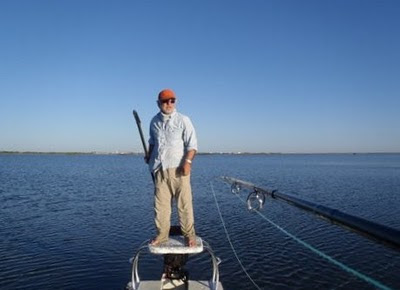 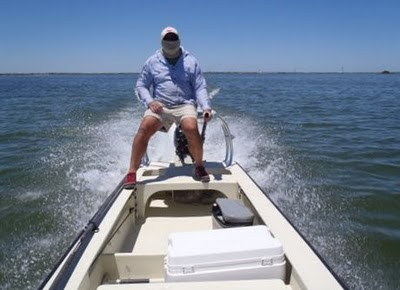 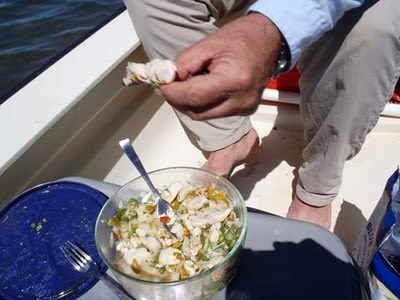 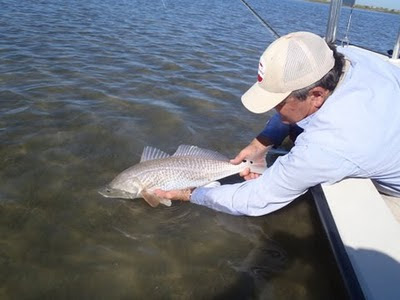 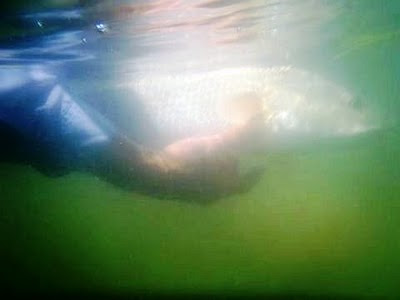 How many times have you wondered if any trophies looked at your fly or lure but didn't take? Here's a 4 minute film that shows just how much can really be going on without you ever noticing a rise ring or feeling a pull. Keep the line in the water and keep believing that something monumental is about to happen.
Posted by El Pescador at 7:14 AM No comments:

Save Wild Salmon from Epicocity Project on Vimeo.

Endangered Snake River salmon are fighting right now to survive — tackling a gauntlet of dams, escaping predators and climbing higher than any salmon on Earth. They’re doing their part. Now let's do ours. Learn more. Take action: STAND FOR SALMON 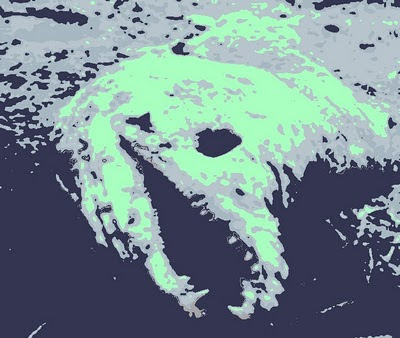 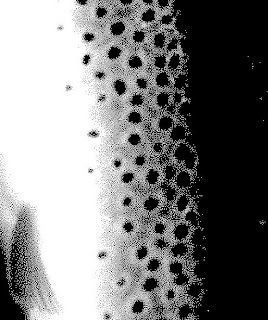 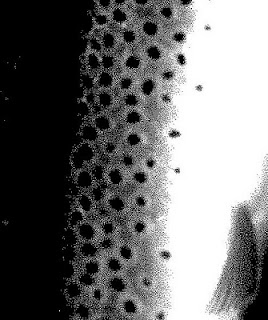 Illustration and arrangement by Steve Stracqualursi
Posted by El Pescador at 1:21 PM 3 comments: 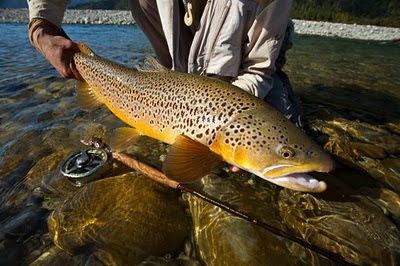 I saw the trailer for a new movie from the team at Gin-Clear Media called The Source - New Zealand and was intrigued not only by the high quality product that I've come to expect from this media tribe but by a few of the details I had read on the Gin-Clear blog as well. I asked Nick Reygaert for a little more explanation and he was kind enough to shed light on things. First let me start by sharing the written excerpt that got me thinking:

"If ever there has been a summer to make a New Zealand fly fishing movie the last 12 weeks have been it. The weather has been fantastic and the fish have been in superb condition thanks to a mouse plague that happened earlier in the year. Once we saw the size of some of the fish being caught we made the decision to begin filming The Source - New Zealand immediately, a full 12 months earlier than planned. In the end it was an easy decision, this summer was basically a once in a decade chance to film fish of epic proportions. The filming began with a trip with big fish hunter Silvio. The timing of the trip was paramount as we intended it to coincide with the first hatch of cicadas. Big fish tend to go a bit silly when the first of these big insects hits the water and previously hard to catch fish will totally lose their heads and smash dry flies with the reckless abandon of a fingerling. We got very lucky! We hit our chosen rivers at exactly the right time. The fish were moving up to 3 meters to intercept our cicada imitations. These rivers all had a mouse plague earlier in the year and the fish were carrying an extra 2 to 3 pounds of weight."

After reading this I had to understand this thing about the "mouse plague" better. Was this mouse hatch something that an angler could predict? I figured the Way Upstream community might be interested to know too. Nick sent me this explanation by email:

"The mouse plague is a largely misunderstood phenomena, it happens because the beach trees bare fruit every five years or so and this causes an explosion in the number of mice around. When there are lots of mice around they become an important food source for large trout as they are continually falling in the water. Trout put on as much as 1-2 pounds of weight for every month the plague lasts. The big misconception is that these fish are regularly taken on mouse flies during the day, it is unusual for these large fish to be fooled by a mouse pattern during the day and it is much more productive to fish with nymphs or dry fly for these fish. The reason that the mouse plague is such a highlight for NZ fishers is that fish that have been feeding on mice are bigger and in fantastic condition - 7 pounders become 10 pounders! It pays to note too that mouse plagues tend to be very localized. The trick is to find the small areas that have had lots of mice and then target the rivers/lakes within these areas. It takes lot of leg work and local knowledge to get it right but when you do the results are spectacular."

I think it's fair to say that this film is going to contain some rare and special moments. Look for the full length release this July. Have a peek at the 2 minute trailer and consider making plans to fish New Zealand someday. You just might want to pay special attention to beach tree fruit and cicada hatches before you go. 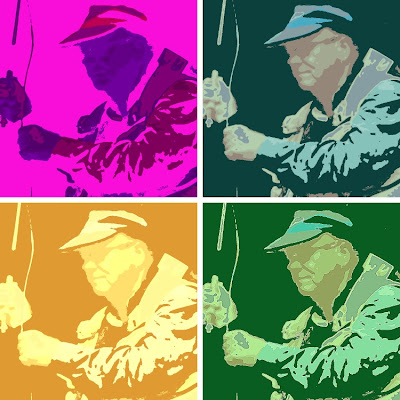 Dave Mercer is a pro angler and host of Facts of Fishing. He knows how to catch fish and even holds a record or two but there's one thing he's never done. Like many conventional tackle anglers, he's never cast nor fished with a fly rod so he decided to learn on camera with the help of Nick Pujic of The Canadian Flyfisher Magazine, who told Dave “that any old dummy can fly fish”. Dave's dialogue during this episode is revealing. He describes to the audience that this could be the "craziest thing I've ever done." At one point during the lesson he nails a big gar on a fly (with a treble stinger hook) and the fight begins. During the battle Dave blurts out that he thought that fly fishing was about “catching little tiny trout and stuff". He also says that he “grew up for years and years thinking that traditional fly fishing was something you saw in A River Runs Through It” (I think he means the film was a turn off). Once he lands the big gar you can see that he's a convert. Unfortunately his release technique leaves a little to be desired.

I think fly fishing marketers and even product managers can gain a little insight from this episode. What seems clear is that a lot of what has been done before in the form of fly fishing messaging hasn't created new growth, excitement or even interest from a big percentage the conventional angling gear community. Note the unique design on Nick's hat, hoodie and t-shirt. Could it be time to ditch the waders and trout logos once in a while and fire up the 115 horse motor in search of gar on the fly? Note some of the comments on this video.
Posted by El Pescador at 9:38 AM 4 comments:

The Monk and The Fish

The Monk and The Fish (French: Le Moine et Le Poisson) is a 1994 animated short film made by Michaël Dudok de Wit at the studio Folimage. It was nominated for an Academy Award for Best Animated Short Film at the 67th Academy Awards and Best Short Animated Film at the 48th British Academy Film Awards. From my perspective, this 6 minute film depicts an angler's progression from deep desire to catch and obtain all the way to a place where coexistence and harmony become more important.
Posted by El Pescador at 7:00 AM No comments: