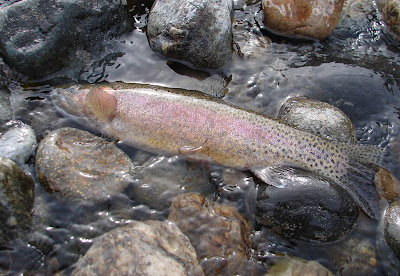 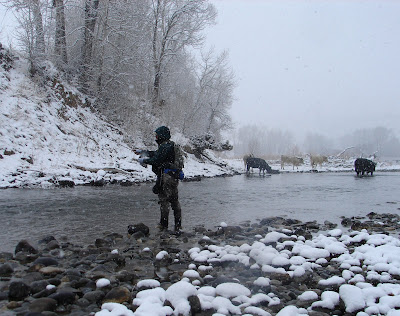 I just returned from a trip to Big Timber, MT. The goals were to get some product testing (both Patagonia and competitor gear) in before the runoff and to work on some new design projects with a designer in Bozeman (more on that later). I couldn't have asked for better conditions.

It was nice one minute and a full on snow accumulating blizzard the next (the two inset photos were taken 20 minutes apart). I should clarify that by "nice" I mean that the sun was partially out and the wind wasn't gusting too bad. The temps never really climbed above the mid 40's and it was high 30's on average. Mornings were below freezing and guides did ice up on occasion. Wool grid neoprene (wader booties and gloves), new wader designs, new jackets, new outsole ideas and a host of current gear all were put through 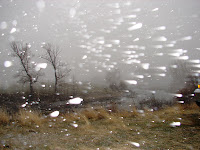 the paces.....and the fishing was good too. My companions for the trip were new friends John Frankot and Alistair Stewart. We holed up at the Grand Hotel in Big Timber. We contracted the help of guide Lee Kinsey for a couple of days. He's a wealth of information having grown up in the area. I highly recommend a pre-runoff trip if any of you in the Way Upstream community have the desire. It's good for the soul. Don't forget your warm gear and a range of flies. Size 20 dry bugs and small emergers were just as important as stonefly nymphs and big stuff for exploring the carved out depths. 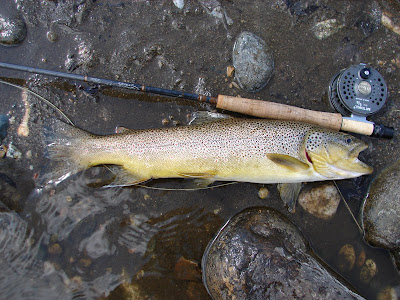 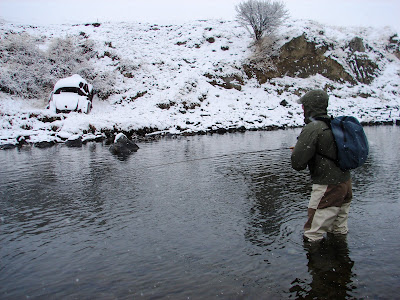 Wow. I was excited to see Big Timber MT mentioned on the site. I spent some time in the area, off and on between '94-'97, fishin' and ranchin'. A heavenly part of the world it is, and yes, fickle for weather. Is that the Boulder creek/river in the pix?

wool grid neoprene booties... pure genius... can't wait to get my toes in some of them.

Double Diamond: Hope you had fun with RS and others in the Bozone. Lots of memories from that area - Stillwater, West Boulder, Shields, etc. We got married in Emigrant. Am staring at the Thames as I write with eels, not trout, the main occupants.

Gweg, Glad to bring back some memories for you. Your guess is correct. We fished the Boulder.

Parko, The wool grid neoprene from the Surf line should fit quite well into the amphibious world of Team Fish. Glad it sounds good to you.

Thane, Looks like the post took you down memory lane as well. Montana is special....and on some level, so are the eels of the Thames.