Running down the men

Many of you have probably seen the films The Hatch or Running Down the Man by Felt Soul Media. These two films along with a handful of recent others created by a new school tribe of fly fisherman/creators/activists have captured the global market’s attention. Follow the efforts of Ben Knight, Travis Rummel and the crew of Felt Soul Media as they shoot their current film project on the proposed Pebble Mine told through the voices of commercial, subsistence and sport fishermen of Bristol Bay, Alaska. Check out The Wire for details and more. 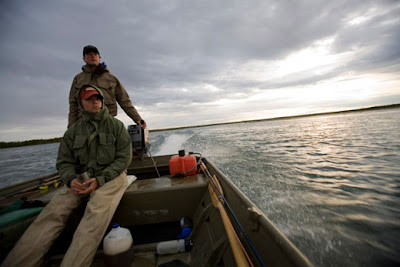 I hope they keep the blog up to date because the writing is really great stuff.

Keeping the blog up is a little tricky for the Felt Soul Media crew right now. Here's the latest update from Travis - "no phone till august. we are out in the bush working on getting the commercial aspects down before heading into the river systems. we will have email access here for a few more days and then not sure what the deal will be."

Here are some links to articles on the Pebble Mine project: