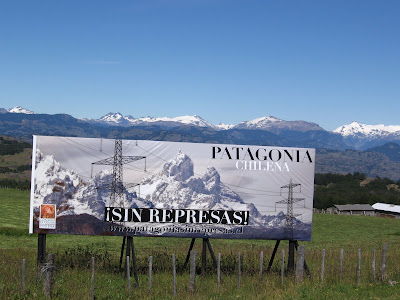 Two of Chile's most powerful and pristine rivers, the Baker and Pascua Rivers are in danger of being damed. Pristine wilderness is threatened by this 5 dam proposal called HidroAysén that has tentacles all over the world--including huge US companies like Home Depot. This powerful company buys wood products from two Chilean companies that are deeply involved in plans for dams and transmission lines that would destroy Patagonian rivers, forests and communities.

Electricity from these dams would be sent thousands of kilometers north to serve Chile’s biggest cities and its mammoth copper industry. The transmission lines for that electricity would require one of the world's longest clearcuts--much of it through untouched temperate rainforests of a type found nowhere else on the planet outside Patagonia. International Rivers wants the world to know Patagonia’s rivers—and to keep them wild—unlike the huge companies that want to dam them. The Chilean people need your help. One way to help would be to send a letter to Home Depot expressing your concern. Another way to take action is by becoming a fan of International Rivers on Facebook and then telling your friends. Visit the International Rivers website to learn more. You can also visit Moldy Chum for additional detail on this topic and region.

Photos courtesy of International Rivers and Gary Hughes
Posted by El Pescador at 2:22 AM