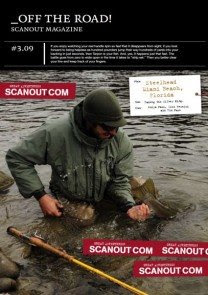 e-Zines are popping up all over the place. In the Netherlands two new ones are to be launched shortly. I checked out the online Scanout issues and I'm impressed. Very cool reading, great images, lots of adventure.