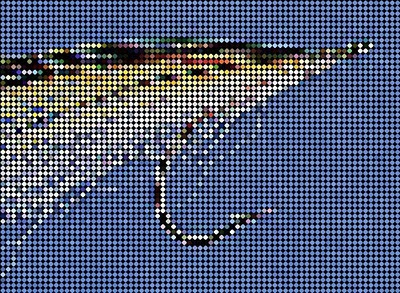 Here is another Rhode Island classic. It's simply called Ray's Fly and with good cause, it was created by Ray Bondorew. This pattern first appeared in the Rhody Flyrodders newsletter back in 1990. Ken Abrams notes on his site Striper Moon that this pattern "is not a fly that has received any press nor had anyone praising it, yet, on it's merit alone it has become a mainstay, passed on from one angler to another as the cure for the right fly blues. The reason is simple- it outfishes every other silverside fly day in day out in all types of situations. The only people who don't know this as fact are those who haven't tried it or won't try it." Watch this seven and a half minute video and Capt. Corey Pietraszek will demonstrate how to tie this boldly simple and consistently effective silverside imitation.

Thanks for the inspiration Dylan.